Texan native, based in Mexico.

Spettro grew up in the very rich rave culture of Dallas, Texas in the mid-1990s. Then, in the early 2000’s he was part of the first generation of Tech-House producers, using tribal drums and dubbed out efx with a House style groove.  His early success was driven by releases on some of the most respected labels of that era (Tango, Big Chief, Aroma, Double Down, Brique Rouge, Simple Soul, and Amenti), and yielded wide-spread attention with DJ gigs around the globe.

His sound can be described as very versatile, with two elements remaining constant - percussion and dub.  Throughout his career he has produced all shades of House and in the last few years he has been focused solely on Techno and Deep Tech, with releases on some of the biggest labels in each genre:  Get Physical Music (by M.A.N.D.Y., DJ T., and Booka Shade), Little Helpers (Butane & Someone Else), and Pig & Dan’s ELEVATE. Other notable achievements include remixes for Crosstown Rebels and Bedrock (as Extended Play), as well as music licensed to Breaking Bad.

His signature sound incorporates toms used for basslines, Latin and African percussion with a crunchy edge, boomy and distorted kicks, deep pads and trippy soundscapes, all tied together with a very dubby, groove-oriented vibe.

As a DJ, his sound is very refined while staying firmly rooted in Techno. Spettro is a true journey DJ who equally enjoys starting the night, playing the peak hours and taking the dance floor aboard the after-hours spaceship.

He relocated to Mexico in 2016 to focus on production and lives in a small town in the mountains southwest of Mexico City, Taxco Guerrero.  He draws his inspiration from dancing to Cumbia, nature, mountains and the Spanish colonial architecture Taxco is known for. 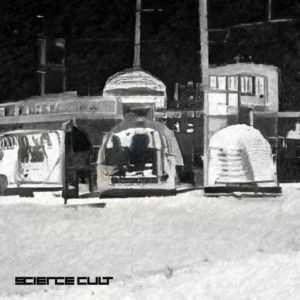