Keter Darker is the gifted artist and poet from Chicago. Often regarded “as the next Gil Scott” by many critics around the world. A favourite for some of the best underground house DJs and vinyl collectors too like Fred P, youANDme, Deetron and much more.

It all started with a track on the album Lune Eclaire. Keter’s voice and song writing abilities were picked up by Carlos Nilmmns through fellow Chicago artist Area/M50 recommendation and later released by Gerd via 4lux Recordings on Carlos Nilmmns first album. Keter’s voice immediately blends with the DX7s rich FM pads, and other elements from a borrowed Kurzweil K2000, Roland Juno and Roland drum machine. This marked the beginning of many releases for Keter Darker.

Keter’s voice manages to resonate to every corner of the world, his lyrics being noticed by the mainstream thanks to BBC Radio 6 who compared “The Night Not To End (Nilmmns Message Mix)” as a Coltrane jazz classic. The chunkified MPC track was played during the breakfast shows as well as picking up the track of the week. In 2019 TRAX Records and Sony release Keter’s Song’s a Chicago house workout that stays true to the labels iconic history and timeless classics. Slow and steady he has gained popularity documenting the truth about the fragile world we live in through his unique way of compelling commentary. 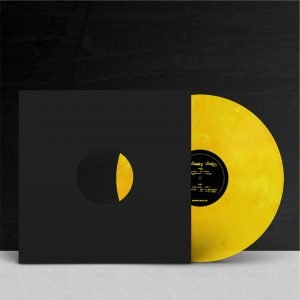