A preeminent artist of Chicago’s 3rd wave, Andrew Emil has been a respected fixture and familiar face in the vibrant and diverse music scene for over a decade and a half. A concert-trained percussionist since age 11, Emil earned a chair in his native Kansas City Symphony but eventually moved to Chicago in the late nineties to attend Columbia College Chicago and study audio engineering and music composition. It was during this time that his passion for all forms of art, including audio and visual, led both Emil and his brother Erik Christian to begin organizing and hosting gallery events that integrated sound, graphics, and graffiti. The result was a series of parties that fused a multitude of artistic mediums into one all-encompassing culture of creative expression.

For Emil—who has been deeply entrenched in Chicago’s thriving house music scene since its heyday in the 1990s—such projects embodied what he considered to be the future of Chicago’s claim-to-electronic-music-fame. Not surprisingly, they also served as the impetus for his decision to develop a new imprint of his own: four play music. These days, Emil’s sound reflects an eclectic and mature marriage of classic and contemporary elements of Chicago house, infused with the jazz and soul undercurrents that have been with him since his early days as a budding musician, keyboardist, and sound engineer.

As an artist who doesn’t underestimate the value of constant growth and transformation, Emil has managed to adeptly morph and keep nimble pace with his city’s ever-evolving music scene. Not only has he put out releases on some of house music’s most elite labels, including OM Records, Seasons Recordings, four play music, Farris Wheel Recordings, Gallery Music Group, Look At You, Alphabet, .dotbleep, Smooth Agent, Kompute, Roam Recordings, Industry Recordings, Classic, Panhandle, and Cafe Del Mar Music, but Emil has also managed to achieve what so many other artists cannot seem to do while bogged down in today’s competitive, stagnate landscape: He has sculpted a sound that is unmistakably his—in origin, cadence and frame of reference.

Today Emil remains one of Chicago’s most respected and lauded DJs and producers. With numerous productions that have landed on countless Top 100 charts, a notable discography, and legitimate DJ resume, and—perhaps most importantly—the unwavering support of Chicago’s many prominent local house music icons, Emil stands out as his own man and a true talent amid a crowd of old-school house heavyweights. Andrew is a Resident DJ at Nu: The Outer Space Disco Dancing Society of Chicago, 2016 Primary Nightclub Resident in Chicago and is the featured resident at First Saturday’s (the first Saturday of the month from 6-8: 30 pm CST) at the legendary Gramaphone Records, started ca. 2010.

Change Request is simply a compilation that consists of an amalgamation of Emil’s impressive range of musical influences. The latest and greatest incarnation of his musical chameleon self. This moniker is utilized as an avenue for his own personal re-working of his beloved R&B and Jazz and beyond – augmented to present Contemporary Steppers music that is as danceable as it is introspective—a modern vernacular recount of urban stories through subtle, dance-inducing sounds—he has allowed the concept of Change Request to develop organically as displayed by recent reworks for Colette and Dirty Sole.

Recently, Emil’s production accomplishments have lead him to be included in the prestigious community of professional creators as an Eventide Audio Artist. He has honed and fine-tuned his ear and his technical skills via a multitude of professional composition projects ranging from orchestral and film to TV and varying genres of electronic music, including the recent addition of the AstraVox Music label – an electronic-orchestral imprint, conceived in partnership with celebrated media composer, Mr. Nathaniel. 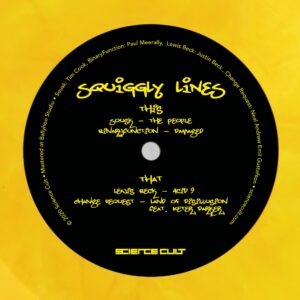